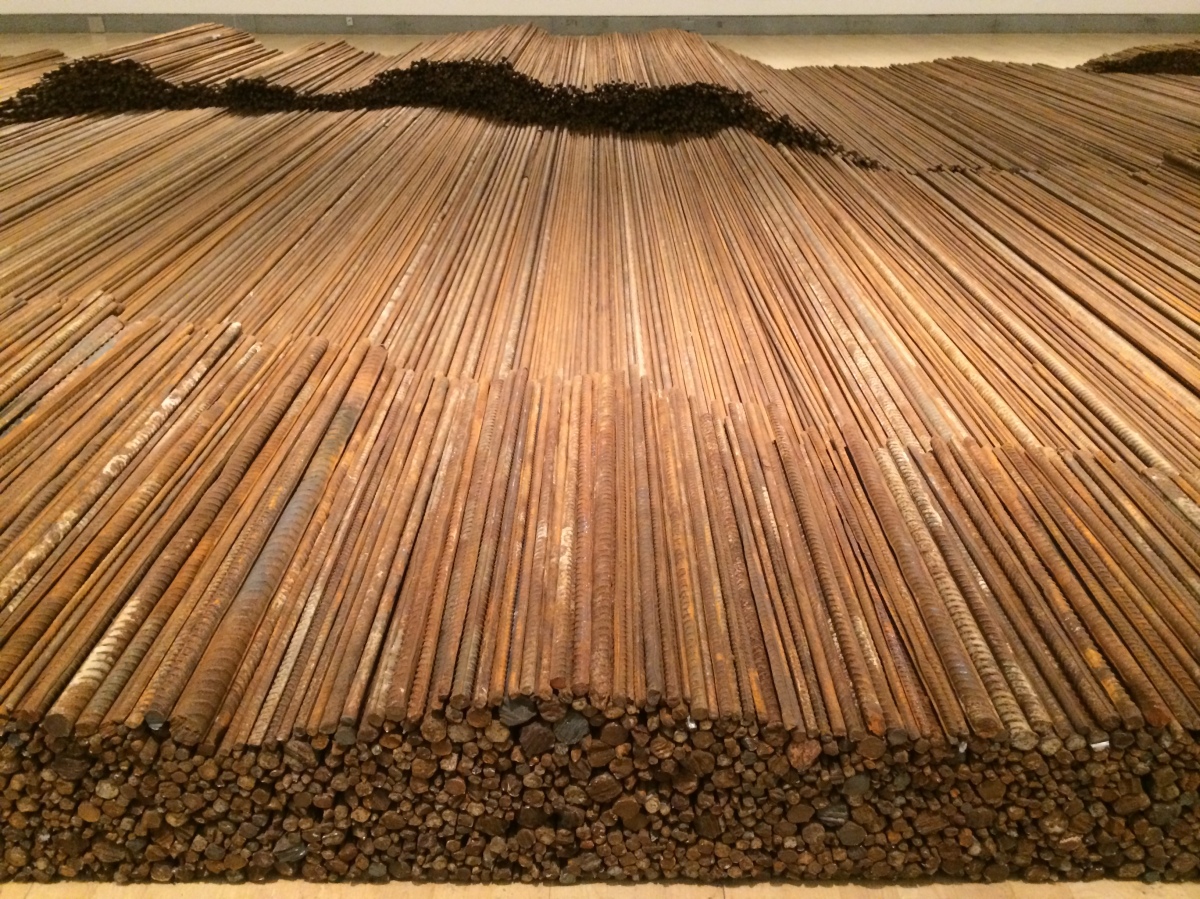 I had a fruitful and engaging  few days in New York on my way to Oslo. There is always so much to see and do in this great city. It was my first American city way back in the winter of 1995/6 and it’s always a pleasure to return – it feels like home (or one of my  several homes around the world). It was great to see Ai Weiwei’s comprehensive solo show at the Brooklyn Art Museum. I’ve only ever seen one or two pieces live, so to have two whole floors of the museum dedicated to his work was such an inspiring treat. The exhibition including many of his older works which I have always admired for their excellent craftsmanship coupled with a nuanced reading of materiality.

At BAM there were 7 of a series of 81 unique, exquisitely crafted ‘Moon Chests’ built from huali (Chinese quince). Large wardrobe-like boxes which reveal complex patterns (resembling the phases of the moon) when viewed through their central apertures. They call to mind traditional moon viewing pavilions as well as magicians boxes. 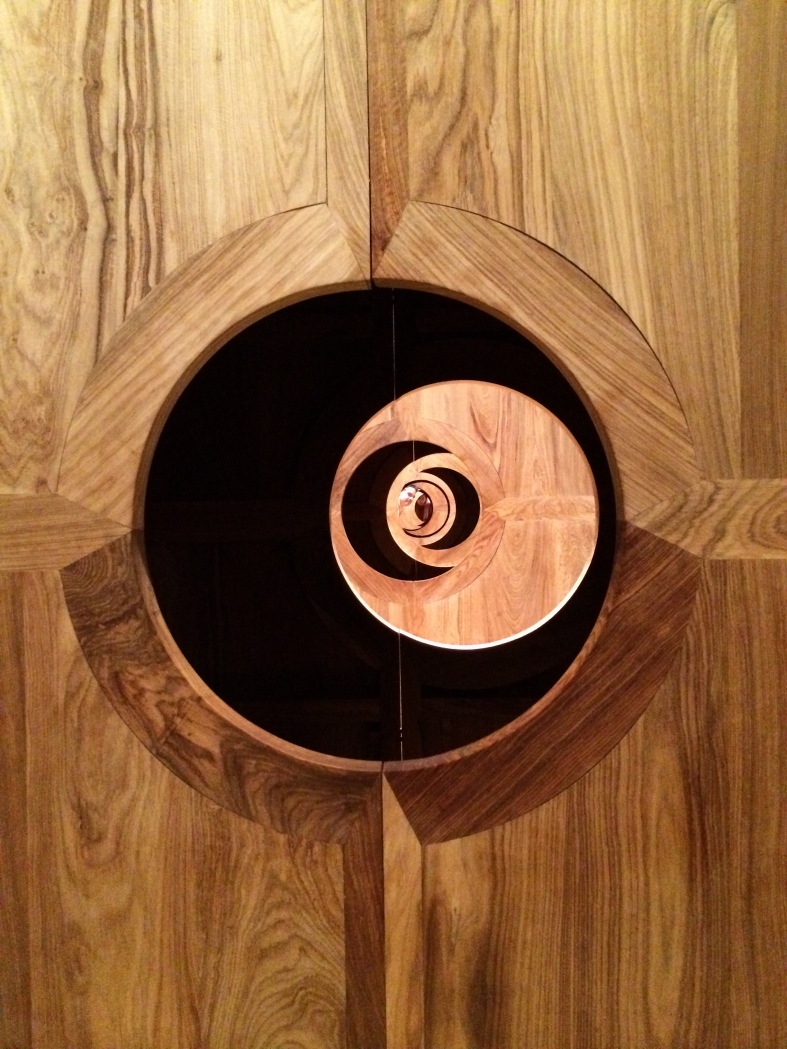 Ai Weiwei often uses repetition in his work – a reference to both the huge population and lack of individualism in China. This is best shown in his more recent work  ‘He Xie’, consisting of 3,200 porcelain river crabs. He Xie is a homonym in Chinese referring to both the crabs and the notion of harmony which is part of the Communist Party slogan. Ai was famously unable to attend a huge 10,000 river crab feast in response to the demolishing of his Beijing studio as he was under house arrest.

Similarly his ‘Bowl of Pearls’ is a contemplation on the value of the individual within a huge conglomeration – and a delightfully sensuous work!

For me, the most evocative and moving works in the show were those he created in response to the tragic Sichuan earthquake on May 12, 2008 when an estimated 90,000 people died or went missing.

Ai Weiwei and his team bravely documented the shoddy building structures which were the main cause of so many fatalities and created several works to honor the dead and draw attention to the tragedy. They collected over 200 tons of concrete reinforcing rods which they shipped back to Beijing and used in several works. At BAM a single huge room was dedicated to ‘Straight’ – incorporating 73 tons of steel bar which had each been extracted from the ruins and painstakingly straightened by hand – an act that seems (in poignant contradiction) to both mirror  the official cover-up and to be an act of repair and restitution. 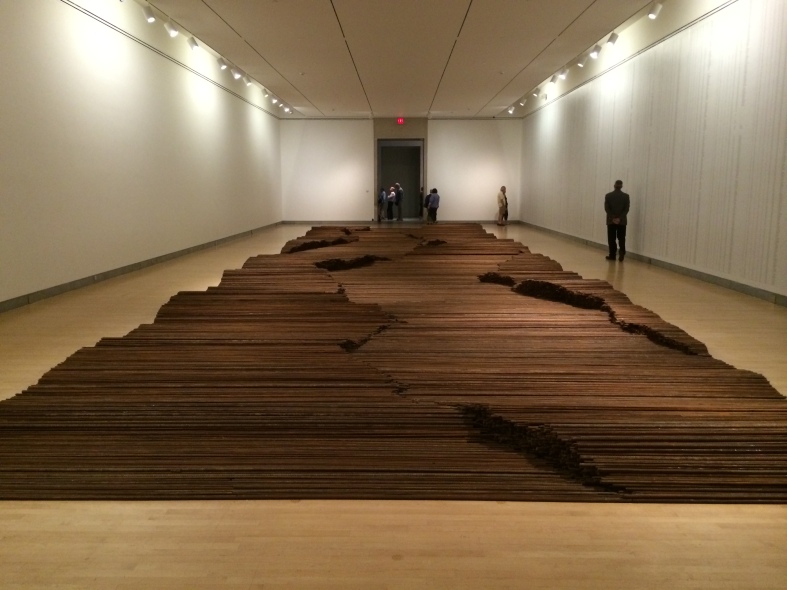 According to the wall label, “the large divide in the piece is meant to suggest a fissure in the ground and a gulf in values. The massive work serves as a reminder of the repercussions of the earthquake and expresses the artist’s concern over society’s ability to start afresh “almost as if nothing had happened.”” 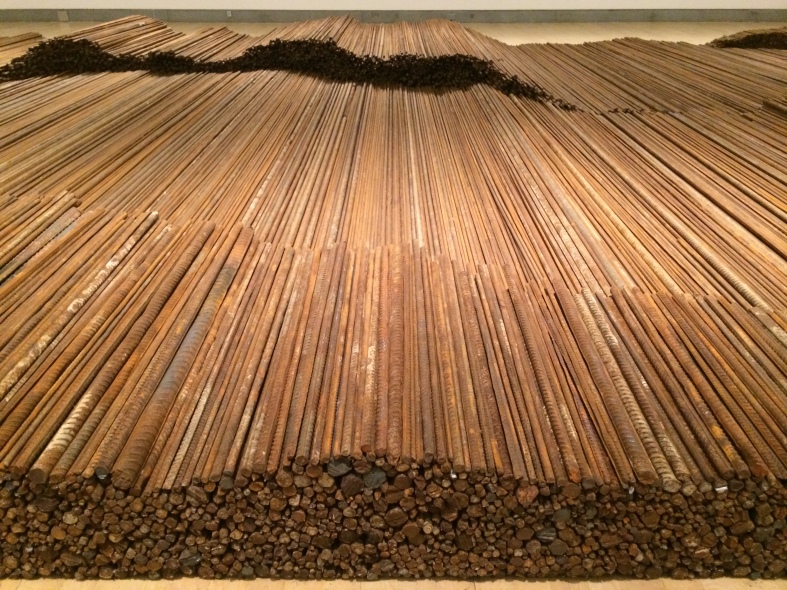 To add to the power and sadness of the work, Ai’s piece ‘Remembrance’ was playing constantly in the same space. This is a 3 hour and 41 minute recording of people from all over the world reading the list of names of the thousands of children who died in the earthquake.

Ai has said, “A name is the first and final marker of individual rights, one fixed part of the ever changing human world. A name is the most basic characteristic of our human rights: no mater how poor or how rich, all living people have a name, and it is endowed with good wishes, the expectant blessings of kindness and virtue.”

Moving, powerful and inspiring work. See it if you can!