Last night, I held the third Whittling Soirée in the aWay station. It was open only to Headlands Center for the Arts artists in residence, affilliates, interns and staff.

Over 16 people turned up after a delicious dinner of fire baked pizzas and grapefruit sorbet created by Keith, Stephanie and Damon in the stellar kitchen here at the Headlands.

A worry of whittlers

It’s harder than it looks!

I only have 12 whittling knives so it was great that some folk bought their own knives. It was fabulous having such a crowd of talented people all gathered in the aWay station – talking, whittling, listening to Bruce Molsky.

We didn’t get started till after 8pm so many couldn’t stay to finish their whittling. But a hard core group of 5 stayed until after 2am as the fog settled around us all like a ghostly comforter.

I like the way the many unfinished pieces have a rawness and open-endedness to them – under-determined as Swintak would say. And it also means that friends will be dropping by the aWay station to worry their pieces a bit more. 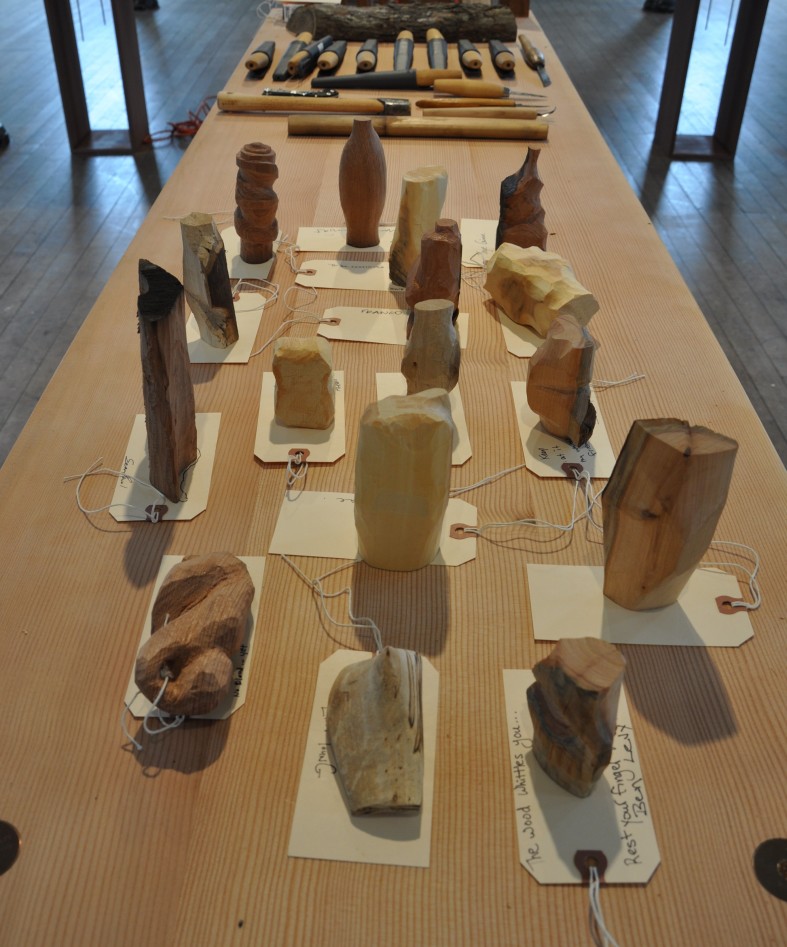 Some completed forms – 5 hours later! Thanks Liam, Mark and Damon!