I’ve been collecting images of abandoned toys in my travels locally and abroad.

They seem so sad, don’t you think?

Joy and warmth, so distant. 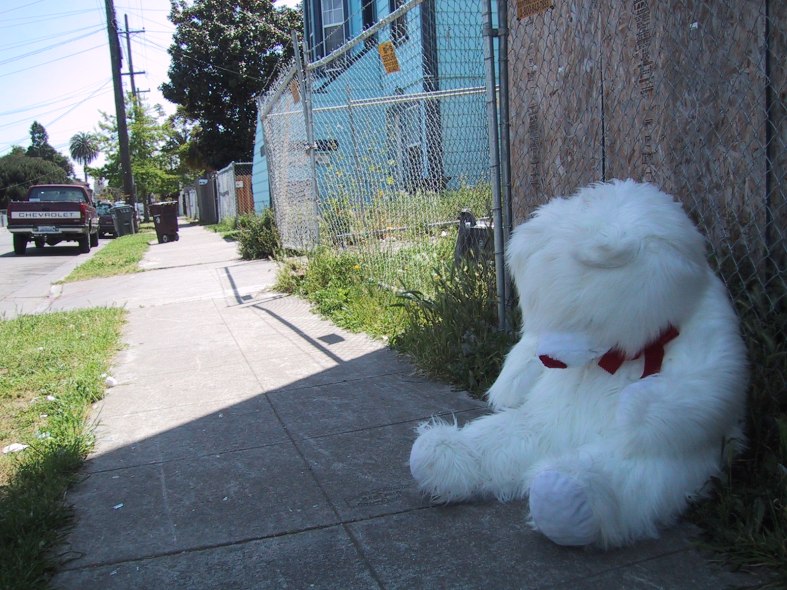 Its a long way from the arctic to Oakland ... 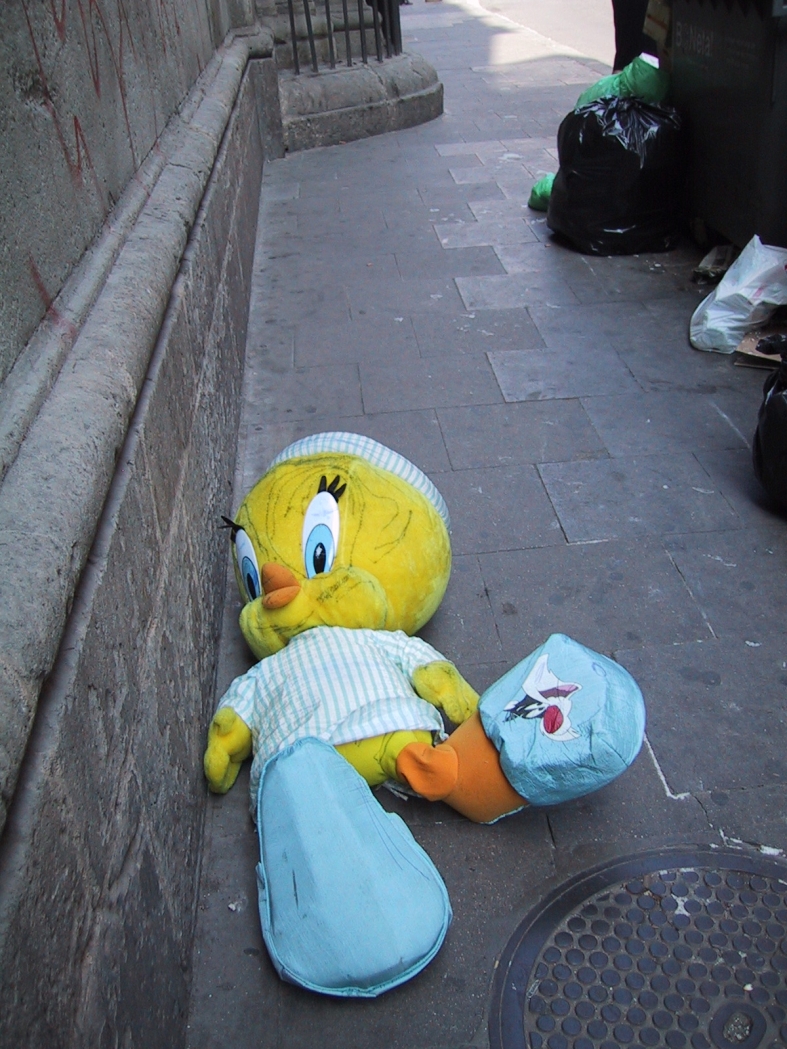 or from Hollywood to the back-alleys of Barcelona. 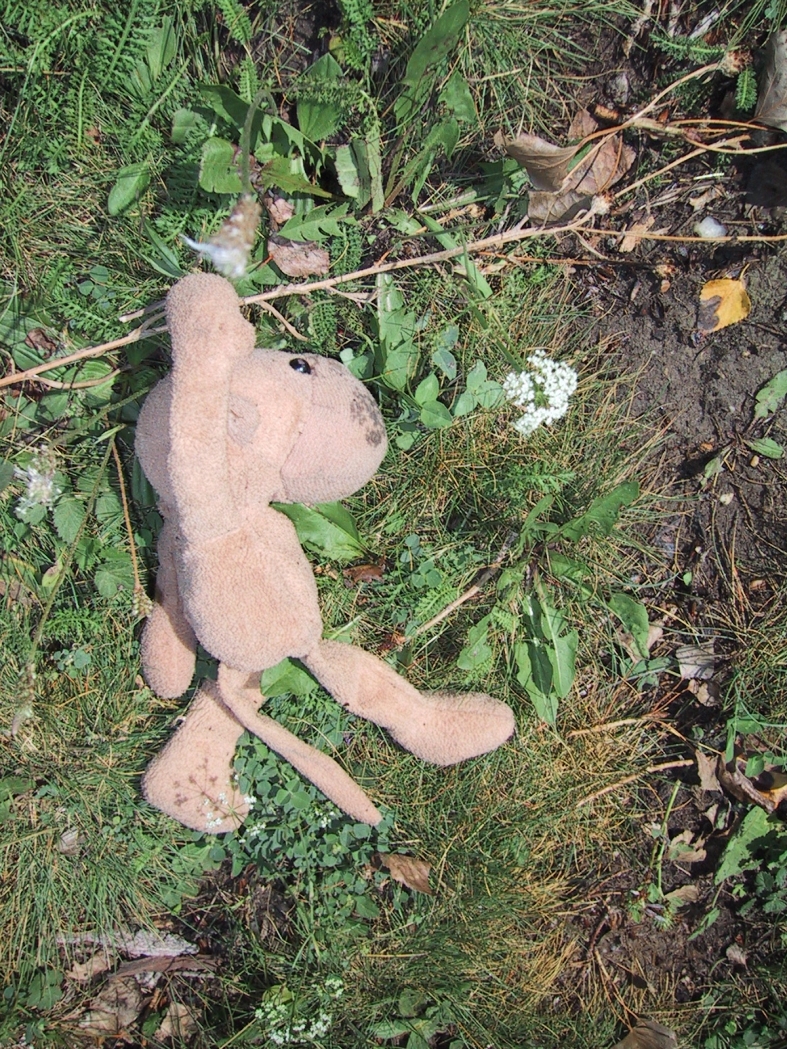 This little chimp seems content marching across a park in Vienna. 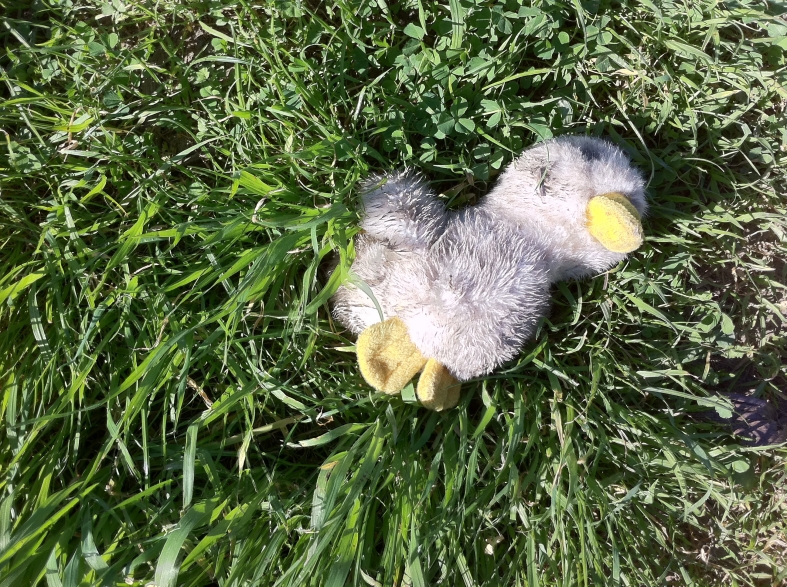 A snoozing duck at the Albany bulb ... 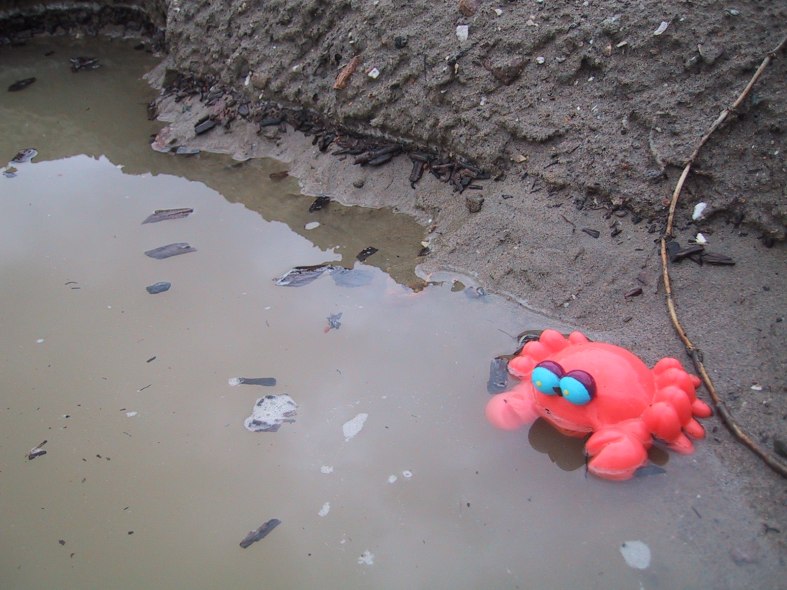 and a crab at the Alameda dog-park enjoying the winter rain. 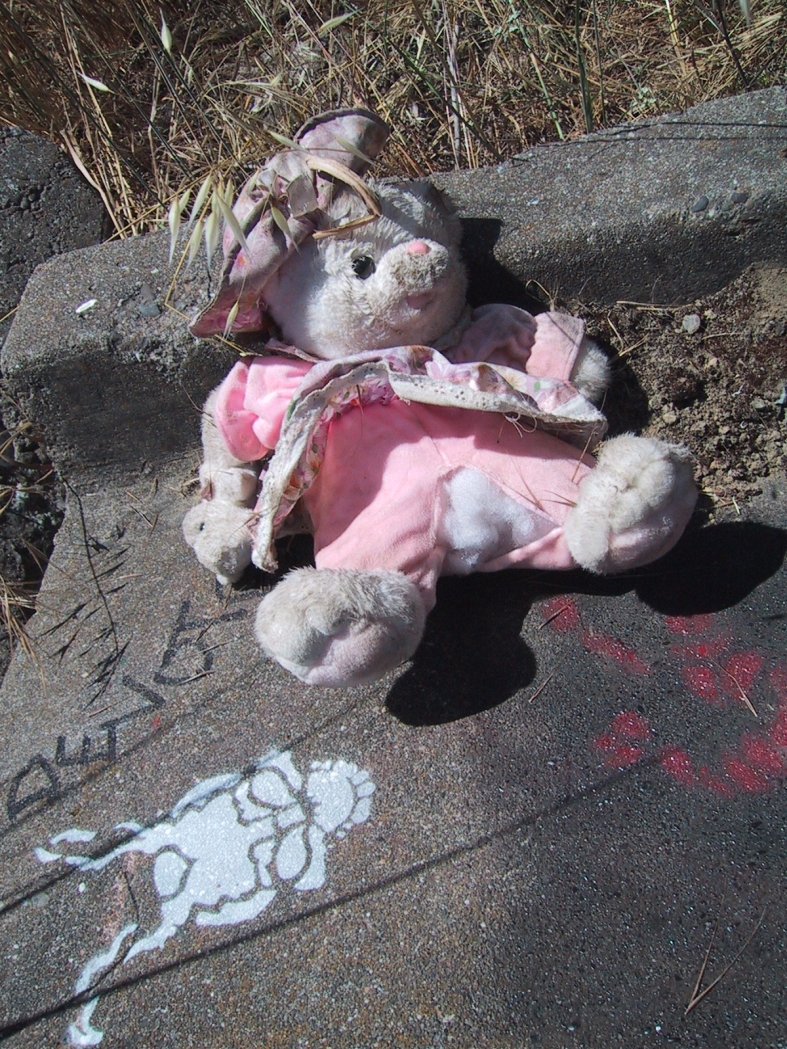 Cross-dressed teddy after a hard night at the Bulb. 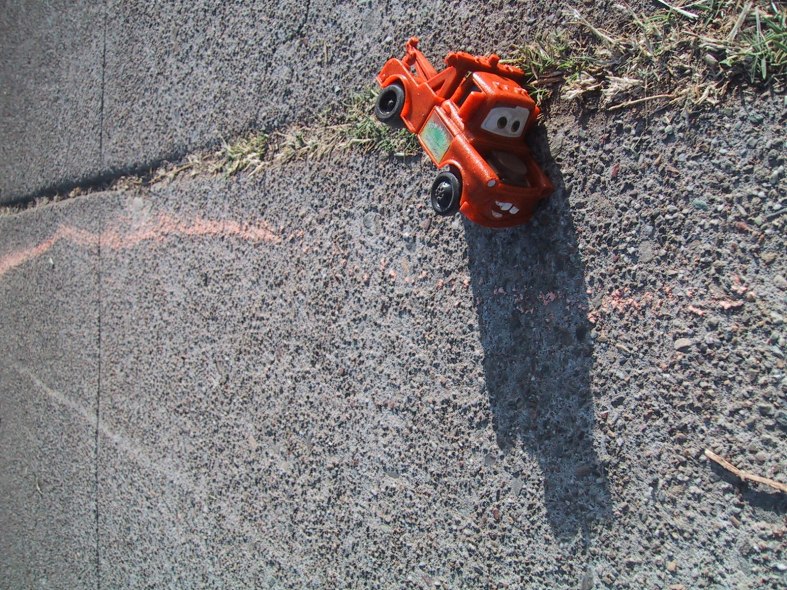 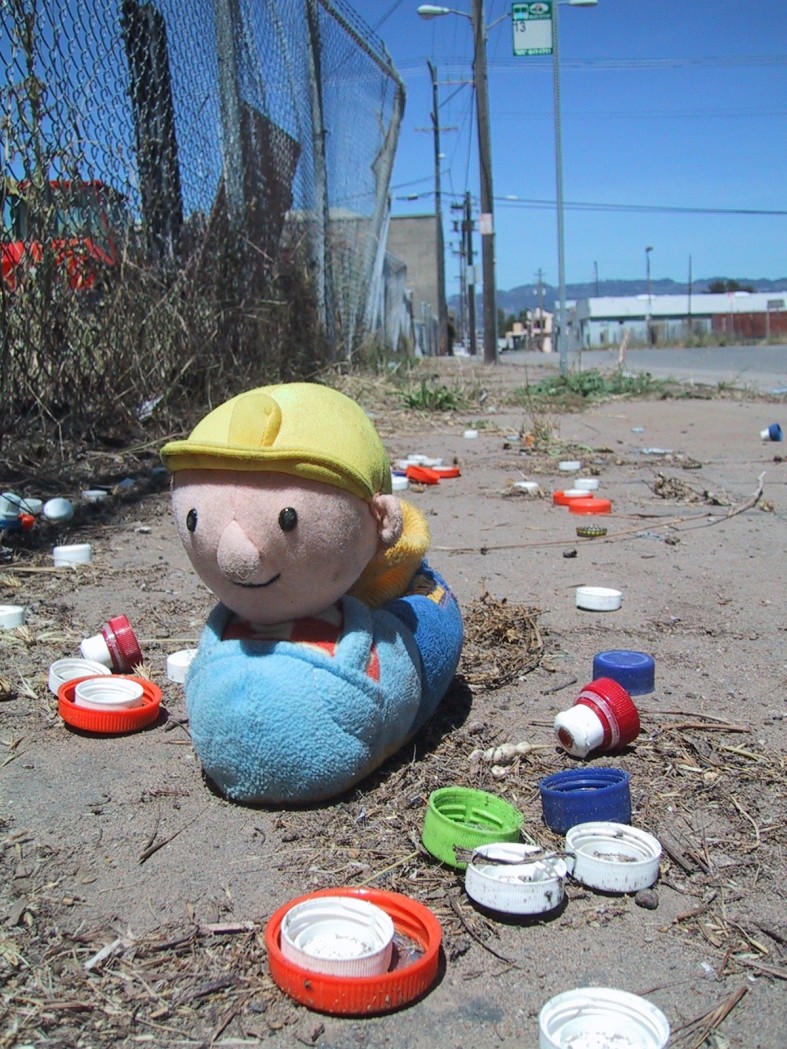 This is the wonderful video documenting the making of the Mark Newson designed Ikepod hourglass. Made by scientific glass blowing methods hybridizing old and new technologies and hand craft with highly regulated machine work. Price on application (but in the 10,000 Euro region I believe)

The Hourglass on Vimeo.

Professor Nathaniel Stern the Head of Digital Studio Practice in the Department of Art+Design at the  Peck School of the Arts of the University of Wisconsin-Milwaukee wrote an interesting review of the New Materiality Exhibition currently on view at the Milwaukee Art Museum. You can read the whole review here. And here’s his thoughts on Lawrence LaBianca’s and my piece Sounding.

” The exhibition can perhaps best be summarized through the work of the four exhibiting artists/artist teams that spoke at the “Dialogues on Innovation” panel at the Milwaukee Art Museum on April 16th. Collaborative artists Donald Fortescue and Lawrence LaBianca, for example, spoke to Milwaukee activist and printmaker Nicholas Lampert about their piece, Sounding. This work consists of a huge, custom built cabriole-legged table, which was initially filled with beach rocks and sunk to the bottom of the ocean. There it lay, for two months, with a hydrophone to record the ambient sounds of the sea, including the overwhelming swish of waves, the low hum of slow-moving current, and the activity of sea life – the most prominent being the continuous clicks of what must be shrimp in its vicinity. When the artists’ creation reemerged, it brought the bottom of the ocean with it: all the messiness and stink and poetry of the sea – barnacles, rusty parts, plant life, fish scents, mystery and more. It is exhibited with an over sized hornlike funnel, a huge phonograph tied together with zip ties, to amplify the recorded sound.

Sounding, avowedly inspired by Captain Ahab’s hunt for an un-killable whale, acts as a kind of parallel to the ongoing hunt for singular disciplinary focus in craft. The piece dives into the sea, hits “rock bottom,” and looks as if it barely survived; and on its return, we see that Sounding is far from a singular entity. Yes, it is trashed and torn, but it’s also imbued with literal life, entwined with technical innovation, and rich with stories of its journeys. Like the theories and practices behind the current craft movements, it came back more beautiful, more visceral, more sensory, and more technological than it ever was: a new materiality.”