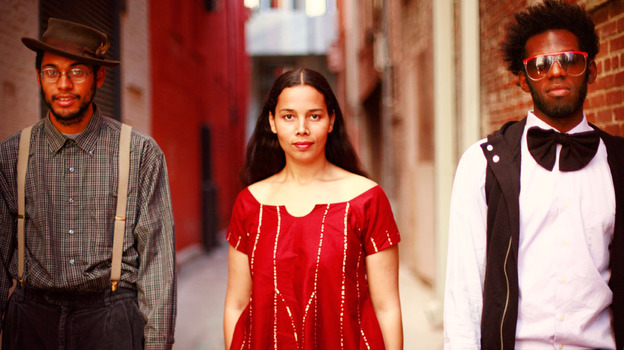 After attending the festival, Giddens, Flemons and Robinson decided to sit in on a weekly jam session with Joe Thompson, an 86-year-old country fiddler well known for his distinctive style.

“First of all, Joe’s bowing is really, really interesting … which is something common among fiddle players, at least around [North Carolina],” Justin Robinson tells Fresh Air host Terry Gross. “Sometimes it’s called the double shuffle … I’ve heard fiddlers call it sewing cloth. It’s sort of this forward-and-back motion that is going forward all at the same time that’s making this really great rhythmic kinda thing that you have to really work very hard to get. And also, Joe plays notes that are not in the Western scale, which is actually kind of great.”

The group’s newest album, Genuine Negro Jig, features a series of traditional instruments, including the banjo, fiddle, kazoo, bones and jug. Its other albums include Dona Got a Rambin’ Mind, Sankofa Strings and Heritage.